In the second autumn guest post on our blog, resident bindings expert Phil Evans of Backcountry Uk gives us the low down on three of this years most interesting new backcountry touring bindings – over to Phil; “The explosion in pin binding designs for both touring and freeride skiing shows no signs of slowing down yet, with several innovative and lightweight products in both categories being launched this year – so below I’ve picked out three of the most interesting new pin bindings being launched this season, to look at in more detail:” 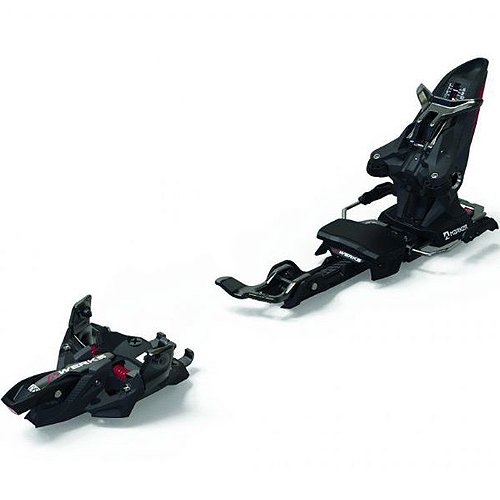 Marker ski bindings are renowned for their innovation – the Kingpin redefined ski touring bindings when it launched, bringing the boot hold of alpine bindings to the world of pin tech touring. This caused people to rethink what you could and should do on these previously ski touring focused tools.

As ever though, things move on – in the case of touring bindings, it’s fair to say the pace is rapid. The introduction of new, super light touring bindings and the expansion in touring bindings offering improved boot hold and power transmission, left the Kingpins looking a little heavy in class. So Marker have introduced the Kingpin M-Werks – a reboot of the original Kingpin, but now featuring the toe piece of their Alpinist binding with a new lightened up Kingpin heel unit.

The result: the same features and performance that you find on the original Kingpin but 300 grams lighter, at 1.24KG per pair. This means the Kingpin M-Werks sits amongst the Dynafit and Fritschi pin tech touring bindings, making them more useful as an outright ski touring choice.

Still giving the solid power transmission you would expect from the alpine style heel and 38mm wide mounting pattern, the Kingpin M-Werks has new lighter XXL power transmitters which support the boot sole and reduce friction allowing smooth release. With 3 stage climbing positions that can be easily deployed with a ski pole and a new, more ergonomic lever to switch between ski and touring mode, the M-Werks is comfortable to tour with.

The Alpinist toe piece is designed to be able to get under the spring set easily, to clear any snow and ice packing and comes with a crampon slot which accepts the Marker pin tech crampon (or Dynafit ones as well, if you already own a set).

All in all the Kingpin M-Werks is a timely update, bringing the modern classic freeride touring binding back to the forefront.

ATK bindings are an Italian Ski Touring Binding brand, with some fantastic revolutionary lightweight binding designs and we are very happy to have them in the Backcountry UK line up for winter 2020!

The ATK RT 10 have all of the features you would expect from a fully fledged ski touring binding: ski brakes, 3 stage climbing positions, adjustable safety releases and ski crampon slots. The amazing thing is that all of these features come packaged in an unbelievable 0.52Kg per pair!

One of the unique features of the ATK designs is their Cam release system: this clever patented design utilises a Cam profile pressed against the heel pins by a pre-tensioned spring. When a boot steps into the binding or a fall requiring vertical release occurs, the Cam profile provides a precise resistance to the pins. This system allows for an accurate, adjustable control of the release tension, whilst maintaining an easy step in, solid power transfer when skiing and keeps the weight of the binding down.

The RT 10 features another clever patented design from ATK in the form of their MONOLINK 1.0 Technology. By using an aeronautical steel alloy with a high elastic modulus, they have managed to remove half of the toe piece springs and fix the left arm. This reduces the weight by a small amount, but importantly, it increases the stiffness of the toe piece whilst skiing giving improved ski performance.

All of this state of the art design is combined in a binding which as well as being super light, also looks great and is competitively priced.

The ATK RT 10 are an excellent choice for ski tourers wanting solid ski performance, robust and reliable construction and a full set of features from their touring bindings at the lowest possible weight. If you need higher release settings, there is also a RT 12 version and a freeride FR 14 version – or if you want to saves some cash, the ATK Crest model offers most of the same features as the RT 10, but at considerable price saving for just 40g of extra weight. 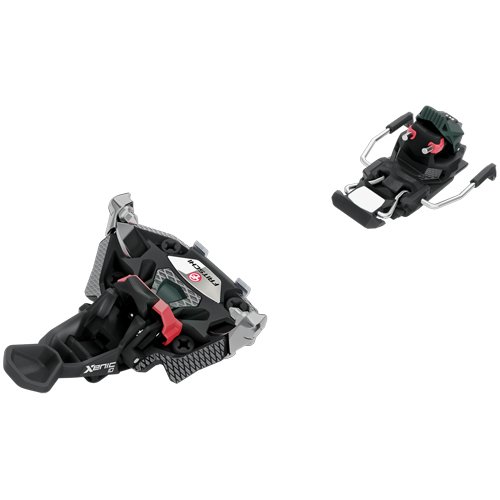 Fritschi bindings are synonymous with ski touring – brand new from Fritschi for the 2020 season, the Xenic 10 touring binding fills the super lightweight binding gap in the Fritschi range.

At only 650gms per pair with ski brake, they are indeed light weight! Not just another Dynafit copy though, Fritschi have engineered a completely new toe piece design in which the front pin wings move in and out laterally. This makes step in easy and snappy, gives some lateral elasticity when skiing and crucially stops big vertical loads at the toe from causing unwanted pre releases at the toe. This in turn means that you don’t need to lock out the toe when skiing avoiding the chance of a nasty accident.

The heel pins rotate which makes step in easier and importantly massively reduces the wear to the heel pin fittings on the boot, this can dramatically affect the vertical boot hold and safety release and is a common problem amongst other lightweight ski touring bindings which use the simple U spring as heel pins.

The whole heel piece is sprung fore / aft which provides length compensation, maintaining forward release values and allowing the ski to flex naturally. The climbing position works as a handle to help rotate the heel tower to enter touring mode, once turned through 180dgs you can clip in and the boot heel will lock the ski brake away. There are only 2 climbing positions, flat and raised (64mm) with the raised position feeling at a good height for most terrain, not too high and not too low.

The release range begins a 4 which is great for people who need lower settings and goes up to 10 – this is plenty for most people and perfect for the type of ski and skiing that the Xenic 10 is designed for. The vertical heel release is also on the same range: this is nice, as many of the super light bindings have pre defined and fixed vertical releases, which can be an issue if you fall between the fixed options.

We had a pair of the test bindings and got 10 days out on them in the Tyrol at Easter last season: they were generally good, I had no issues with pre release and had 1 release which was needed when skiing around in a white out. When touring they feel good, light and reliable. I didn’t miss having a higher climbing position. They skied well, not as powerful as bindings like the Tecton and Kingpin M-Werks as you would expect, but perfectly well for the 95mm skis they were mounted on.

All in I think the Xenic 10 are a good lightweight ski touring binding, which offer good functionality and safety at a very respectable price. As with all new bindings, time will tell how they perform and last when they get out there on peoples feet!