Marker are now a well established brand in Freeride touring bindings, with their popular Kingpin model. However, for the 18/19 season they also launched their first super lightweight touring binding, aimed at dedicated lightweight ski tourers, as opposed to freeriders.

I’ve been putting a pair of the new Marker Alpinist bindings through the grinder over the winter on some of our more strenuous trips, so they’ve now been skied everywhere from the Alps to the Caucasus and from Armenia to Arctic Norway. What did I think? Well, put it this way – I’ve been sufficiently impressed that I’m going to be skiing on them next winter too, so definitely a big thumbs up!

On to details – although there’s nothing revolutionary about the Alpinist, it’s a very well designed and executed package and there’s not really anything else around with a comparable weight that shares all of the same features. 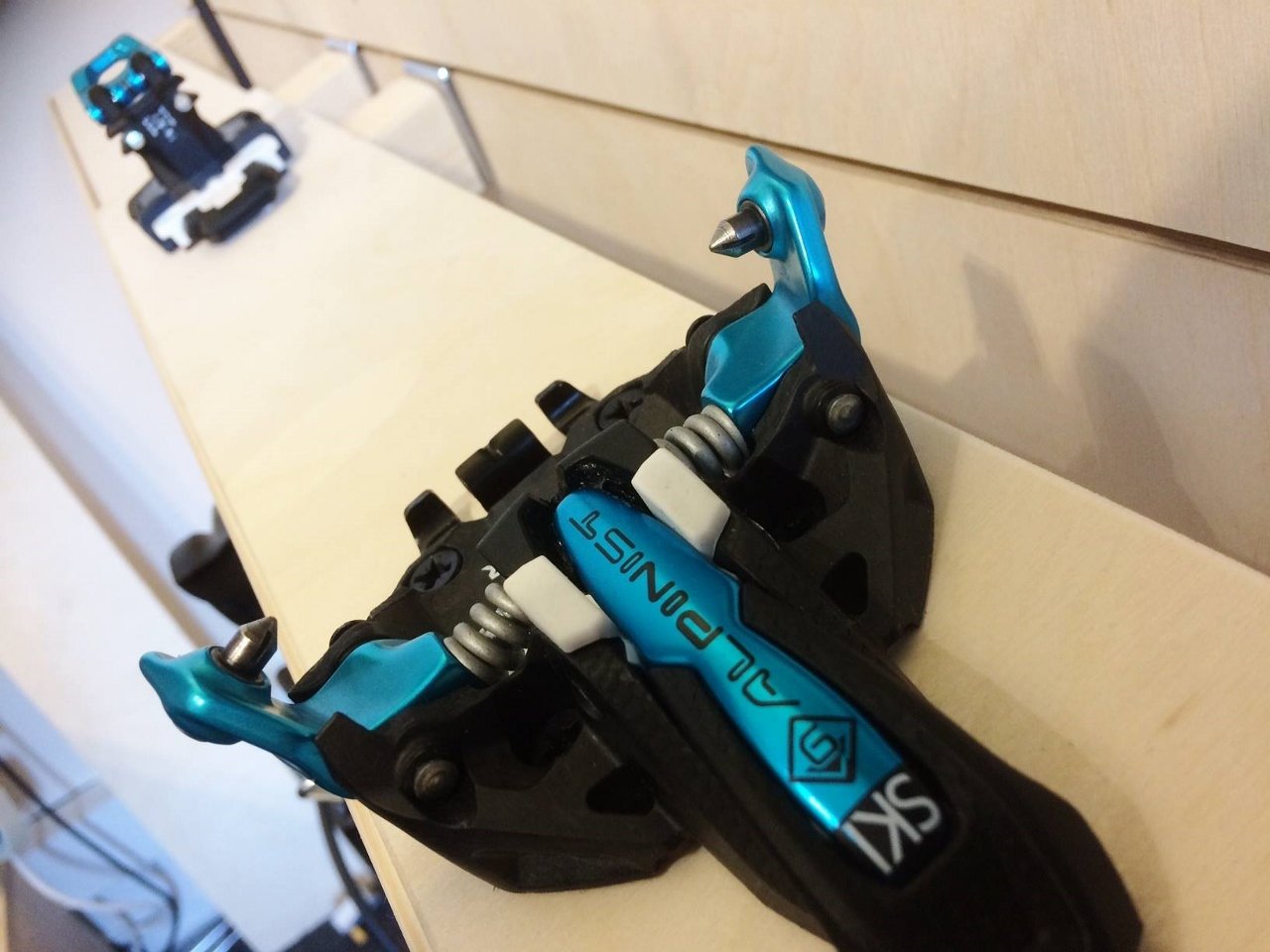 Three different stiffness springs are available for vertical release adjustment – Soft (approx RV ~6), Medium (RV ~8) and Hard (RV ~10). The Alpinist 9 comes with the Soft spring fitted (~6) and the Alpinist 12 comes with the Medium spring (~8) fitted. The Hard springs are available as an optional extra and all of them are interchangeable between models. Therefore, my advice is to buy whichever binding (9 or 12) comes with the most appropriate stiffness heel spring out of the box (ie Alpinist 9 for smaller/lighter skiers, Alpinist 12 for heavier/more aggresive skiers etc – if in doubt, go for the softer one to start with; you can always buy a stiffer one if needed).

In terms of how well the release function works, I’ve not fallen or lost a ski on these bindings yet, so I can’t really comment on this – but i’ve made a few observations about how the lateral heel rotation behaves whilst doing change overs and binding checks etc. Most lateral release heel pieces that I’ve used steadily deflect sideways in proportion to the lateral force applied, until the release value is reached and the boot finally pops out. The Alpinist heel piece is noticeably different – showing very little lateral deflection prior to release (it’s a really obvious difference when rotating the heel pieces during changeovers and doing start-of-the-week release function tests on boots and bindings). This is worth mentioning as should lead to better power transfer during turns and also probably a reduced chance of pre release, both of which are a good thing!

Step in and lockout

As a long time Dynafit user, step in on the Alpinist felt familiar and straight forward – ie almost identical to several models that I’ve used for decades, so generally it’s a ‘first time’ step in 😉 If you are new to pin bindings or have used different models in the past, then a bit more adaptation time may be needed, but basically it’s a good step in. Once in clipped in, the toe lockout lever is also easy to use and provides a very secure lockout whilst skinning.

For me this is an important feature, as when guiding on firm snow I often have to smash out and improve the skinning track, which puts a lot of extra strain on the toepiece compared to normal usage. Coming unclipped on an icy snow slope in these situations is always a bit of a hazard, but I experienced no unwanted pre releases whilst working the skinning track all winter, which is a great result! 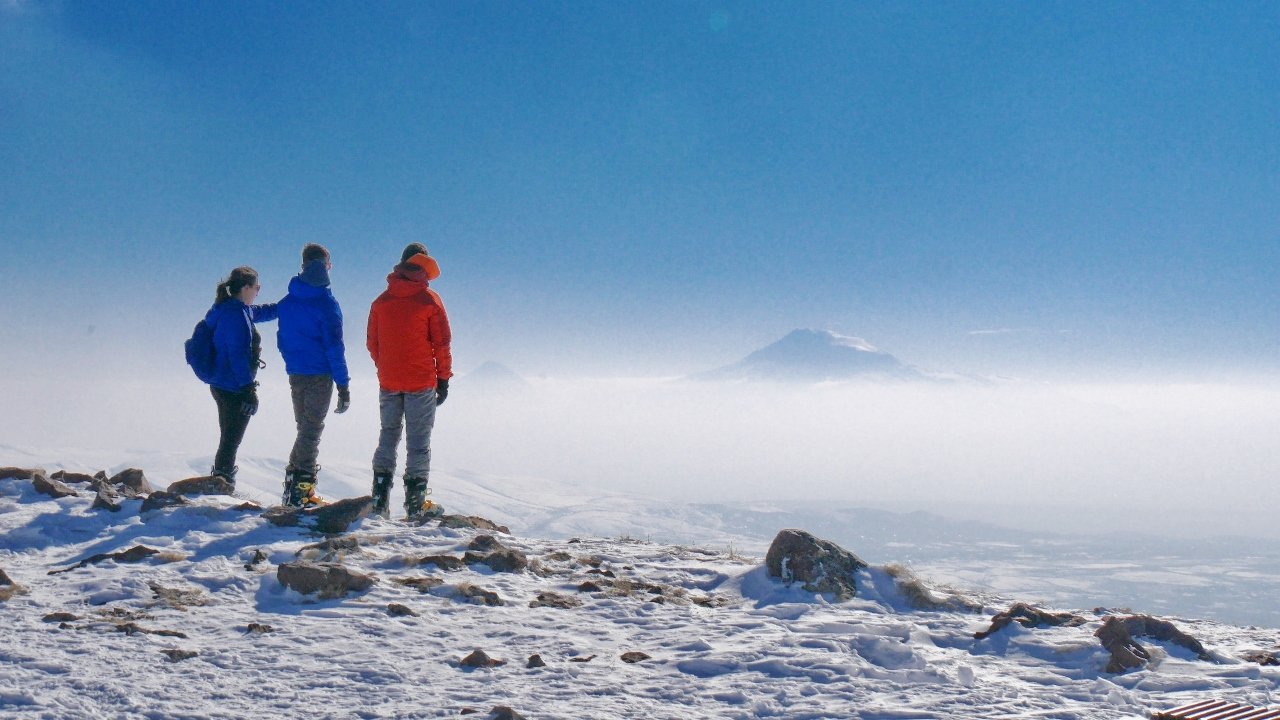 Whilst skinning you’ve got a choice of 3 different climbing angles: 0, 5 and 9 degrees. However, in practice you need to choose between using 5 degrees all the time (ie ‘racing style’), or going for the two setting 0 or 9 degrees option – as this requires turning the heel piece around through 180 degrees from the 5 degree option, which you aren’t realistically going to do half way up a climb. I spent a couple of weeks skinning all the time at 5 degrees and then a couple of weeks using 0 and 9 degrees. Both options worked well, but ultimately it comes down to terrain, boots and personal preference etc. I settled to using 0 and 9, but that had more to do with comfort whilst managing a knee problem than anything else.

The climbing stand is easily flicked in and out of place with a ski pole, so no problems there. The binding is also compatible with Dynafit ski crampons, so I used my existing harscheisen which was great (Marker make 80, 90, 105 and 120mm harscheisen if you need some) . Finally, I also had no problems with the heel piece rotating whilst skinning, which is an annoying problem with several other lightweight bindings that I’ve used (eg the Dynafit Superlight and Plum Guide models both occasionally do this).

Switching from walk to ski mode and vica versa is convenient and straight forward on the Alpinist – just lock the brake on/off and rotate the heelpiece as required (it’s an easier than on my Dynafit Superlights, by comparision). When I first saw the Alpinists I had reservations about the brake lockout mechanism, as it looked a bit flimsy – but having used them for several weeks now I’ve changed my mind; the lockout has worked flawlessly and the brake deployment is much better than on any comparable lightweight pin bindings that I’ve used.

I’ve been told of concerns about the potential for skiing off with the brakes still locked out on this binding – but I don’t think this is really an issue, as it’s standard practice with any touring binding to deploy your brakes before taking skins off, in order to eliminate the risk of losing a ski during transition – ie if you are doing your changeovers right, this isn’t an issue. The only problem I encountered with the binding all season was the ‘plastic cord’ pull tabs attached to the brake deployment levers, which snapped on both bindings after a few weeks – i replaced them with some spare zipper pull tabs, so hopefully Marker will do the same for next season. 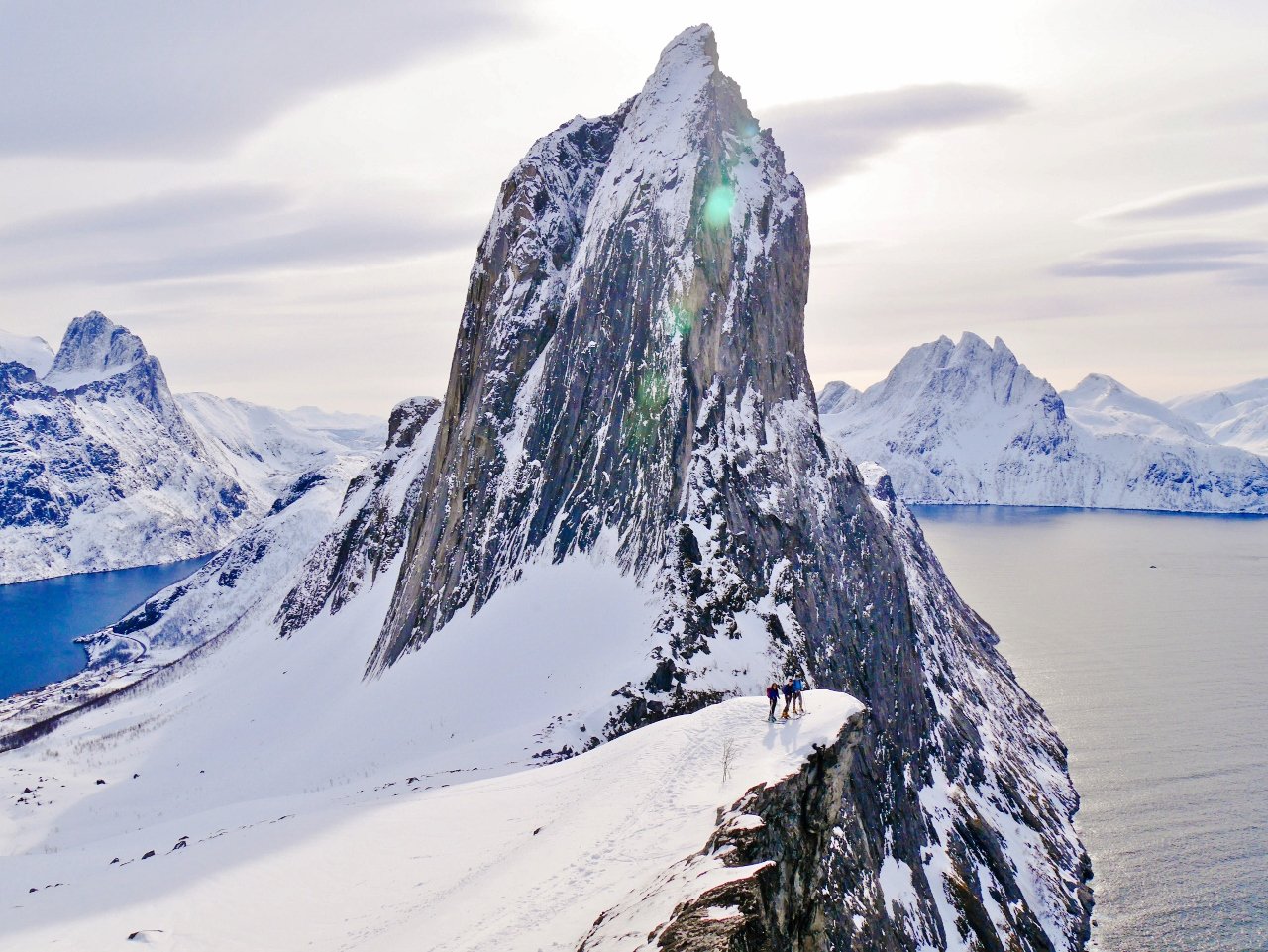 The toepiece offers good spring retention and i suffered no pre releases whilst skiing hard. Likewise, the brake plate and heel interface give good levels of boot support and excellent power transmission for a lightweight binding of this type – ie the Alpinist has considerably less heel flex than other similar lightweight pin bindings that I’ve used. Even mounted on a super light pair of touring skis, I was able to hold a good carving edge on a bullet hard icy piste the only time I skied them in resort, which is very impressive. At the time I thought ‘what an amazing ski’, but on reflection it was probably down to a combination of the ski, the boot and the binding all working really well together.

After several weeks use now, the bindings are holding up well – with just a few scuffs on the climbing stands and toe levers as you’d expect. I’ve not noticed any play developing in the heel tower, brakes, toepiece or other areas yet – so time will tell, but the outlook for durability appears to be good. 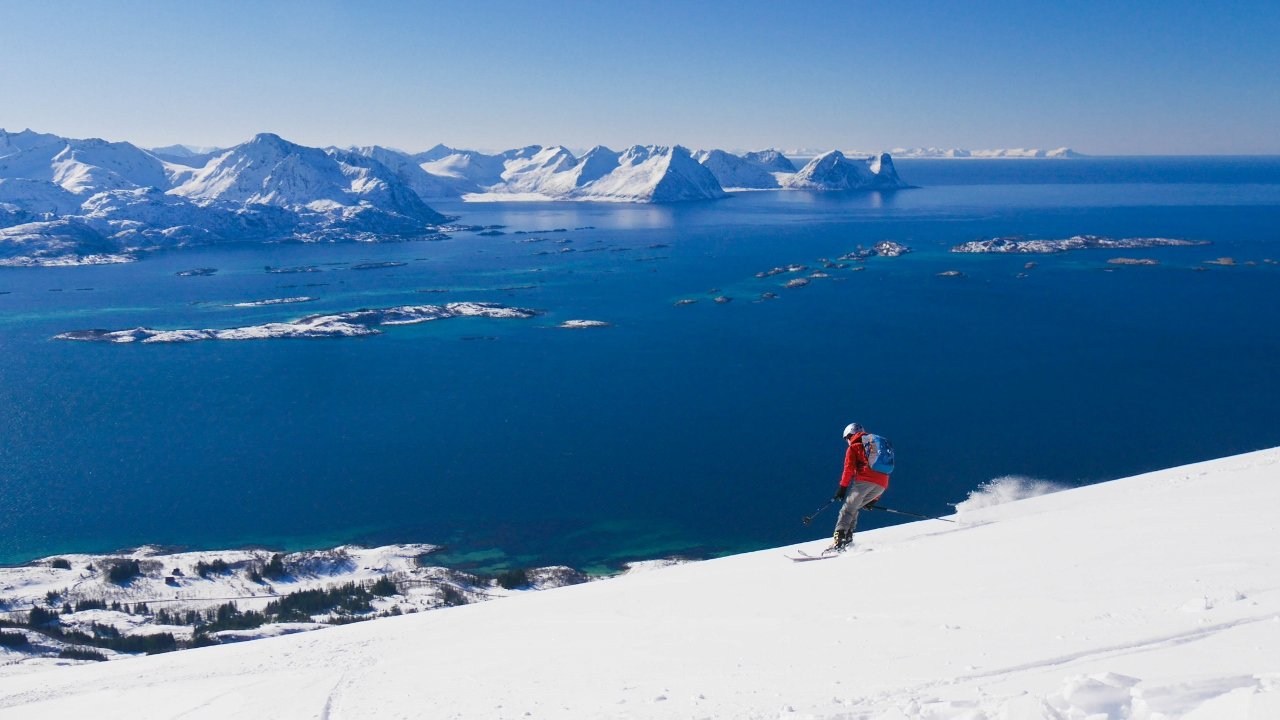 The only issue I’ve had is with the brake deployment tabs coming off – but as these are just zipper pulls, it’s very easily fixed and I’ve no doubt Marker will use different ones next season. Apart from that, the main thing to report is a total lack of issues – ie they just do the job and work!

I usually have a problem with toe pieces icing up at least once or twice a winter, but this season I’ve had none (on my own bindings that is, but I’ve had a few problems in groups with other bindings icing up) – so the anti ice plates under the toepiece appear to be doing the trick (if they did ever ice up, it’s a very open design and easy to get a ski pole in to clear any build up).

Overall, I’m very impressed with the Marker Alpinist lightweight pin binding – it’s well built, easy to use, reliable and niggle free (you can’t say that about many touring bindings!) It skis better than comparable lightweight pin bindings that I’ve owned and is very competitively priced too. If you are in the market for a lightweight dedicated touring binding and you want to save the maximum amount of weight, without compromising ease of use and downhill performance, then it should definitely be on your list.